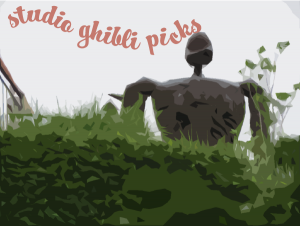 Studio Ghibli holds a very special place in my heart. Not only are the stories incredible and the animation breathtaking, but the soundtracks truly bring life to the narratives. From the lighthearted “Spirited Away” to the intense “Princess Mononoke,” here are my top picks from the collection.

“The Return” from “Spirited Away”

“Always With Me” from “Spirited Away”

A beautiful ending song from an incredible movie; it’s all in Japanese, but the vocals and the tune are obviously worthy of listening to and falling in love with.

“A Walk In The Skies” form “Howl’s Moving Castle”

A lighthearted track, one of which can be heard throughout the entirety of the film. It is morphed into whatever the emotional moment is in the plot. It is first heard in “Merry-Go-Round of Life,” vaguely.

A beautiful beginning track, it establishes the kindness and calmness of Sophie as a main character.

“The Demon God” from “Princess Mononoke”

A favorite from the film, it’s one of the first tracks and also one of the most intense. It describes the birth of Ashitaka’s curse and is referenced multiple times throughout the film. It’s a powerful assortment of notes and beats.

“The Journey to the West” from “Princess Mononoke”

Highlighting another beginning portion of the film, it follows the young Ashitaka to the forest. Viewers get to watch him develop in these few short scenes, establishing the character that you will get to follow for the rest of the film.

“Adagio of Life and Death” from “Princess Mononoke”

This is truly from the most powerful moment in the film. When Moro is killed and the climax truly begins, this track is gaining. It’s a very emotional track, especially paired with the context of the film. 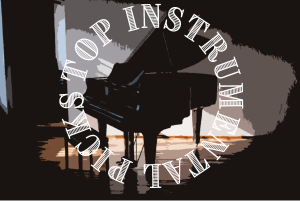 Not all music to jam out to has to have lyrics. Instrumental tracks are incredible, as well. Whether from movies or from artists who only work in instrumental, they’re a great addition to any playlist- here are just a few of my favorites, dabbling in an assortment of albums that are worth investigating further.

A favorite from the Inception soundtrack, “Time” is a very slow but a very narrative track. It builds to a climax that still has a very calm quality.

“Dream Is Collapsing” by Hans Zimmer

Quite the opposite is “Dream Is Collapsing,” also from Inception. It’s intense from the beginning and highlights one of the most iconic moments in the movie.

“The Return” by Joe Hisaishi

“Adagio of Life and Death” by Joe Hisaishi

A favorite from Ghibli’s Princess Mononoke, this is from one of the most powerful scenes in the film. The narrative that the instrumental track lays out is astonishing, as well. It’s a beautiful rendition of a very intense moment.

“Aren’t We All Running?” by 65daysofstatic

65daysofstatic is an iconic band for instrumentals. It’s a modern twist on a classical form, and “Aren’t We All Running?” is one of the most iconic. It’s a balance of sharp synths and piano tunes, a perfect balance. 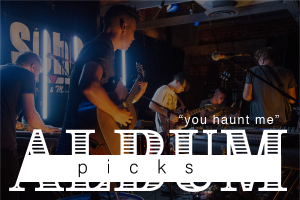 Sir Sly was one of my favorite bands in high school and they still have such a special place in my heart. The growth that I’ve seen from the group just reminds me of the time that has passed, and that’s something that artists can’t fake. “You Haunt Me” was their first full album and I remember waiting up at night for its release on iTunes. Here are my top picks from this nostalgically incredible album.

“Nowhere / Bloodlines, Pt. I”
The album is rather electronically aggressive, but this track combats that with a very laid back production and very thoughtful and emotional lyric choices. The two songs blend together very well, like they were meant to be listened together and even created together.

“Too Far Gone”
Another track that takes a step back from being in your face, “Too Far Gone” took some time to warm up to. But, with age it has become my favorite track from the album. The lyrics tend to mean more to me than any other song on the album.

“Ghost”
The second song on the album, it is an incredible example of what Sir Sly’s premier style was: an electronic element with very thoughtful lyrics choices.

“Helpless / Bloodlines, Pt. II”
Much deeper production-wise and lyric-wise, this track was my first love. I put it on shuffle the first time that I listened to it and immediately fell in love with it.

Are you searching for a new car but are having trouble finding an affordable auto loan? Check out autoloanswestcoast.com to begin your search.

A nighttime bonfire on the beach is one of the most incredible things to do on a free night. It’s a time to reflect on your emotion and relish in your experiences. There is something to calming and nostalgic about a night by the ocean. Here are the top tracks to kickstart a night on the beach.

“Vacation Town” by The Front Bottoms

This track was certainly meant to have beach town vacation vibes, from both the obvious title and the production and lyric choice. Take time to listen to each word- there is a ton of emotion behind them.

Glass Animals is a great pick for any party, especially one that includes something as sensual and emotional as the ocean. This is a great track, certainly one to add to your list.

A slower tune, but nonetheless a great pick for a party. There is a lot of emotion packed into this track. Each word has weight and deserves a lsiten.

Sir Sly’s newest album is great for any chill party. Bring a bottle of wine with you and sit back and enjoy. “Headfirst” is a great pick from this iconic new style that the band has developed.

A harder track, “Gorgeous” is one for you and your significant other to relish in. There is so much innocent affection in the lyrics, there is no way that you couldn’t love it.

Are you searching for a new car but are having trouble finding an affordable auto loan? Check out autoloanswestcoast.com to begin your search. 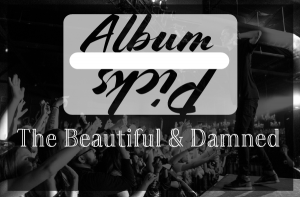